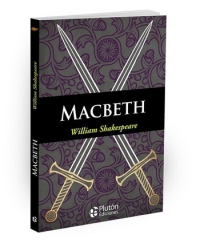 AÑADELO A TUS LIBROS FAVORITOS
Con esta compra obtienes 20 páginas MundoCervantes
Macbeth (full title The Tragedy of Macbeth) is a tragedy by William Shakespeare; it is thought to have been first performed in 1606. It dramatises the damaging physical and psychological effects of political ambition on those who seek power for its own sake. Of all the plays that Shakespeare wrote during the reign of James I, who was patron of Shakespeare's acting company, Macbeth most clearly reflects the playwright's relationship with his sovereign. It was first published in the Folio of 1623, possibly from a prompt book, and is his shortest tragedy.