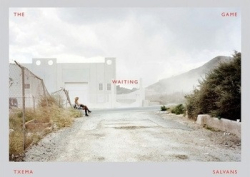 The Waiting Game gathers a series of photographs taken by Txema Salvans in the course of six years along the Mediterranean coastline of Spain. It forms a striking tableau of necessity and desire, with concept and visual expression fitting perfectly together. The essence of the work is an exploration of the varied and often surprising gamut of human longings and behaviors.

Txema photographed the exercise of prostitution along the roads and highways in its actual context: the intersections and roundabouts, the dead-end street of the polygons, the shoulders of the road. Marginal places that provide the setting for an activity as over-exposed as prostitution.

The procedure carried out by Txema Salvans to achieve his goal lent the exploration an almost scientific character. First he identified the places and protagonists, then he approached them camouflaged as a surveyor. It was only thus that he was able to carry out this project situated halfway between sociological dissection and naturalistic narration. In this approach to prostitution, the solitary figure of the waiting woman, with her stereotypical image of sexual object, appears in a middle ground that is striking and even tragic.
100% Pago seguro | 3 a 5 días
Con esta compra obtienes 120 páginas MundoCervantes
EAN: 9788415118572
Editado por: RM Verlag
Materia: Fotografía
Publicado el: 6 Marzo 2018
Nº Edición: 1
Nº páginas: 88
Encuadernación: Cartoné
Valoración de los lectores: