Game of Thrones Vol.1 "A song of ice and fire" 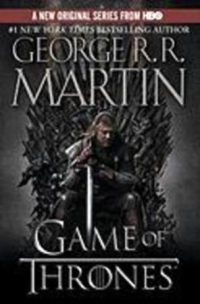 AÑADELO A TUS LIBROS FAVORITOS
Con esta compra obtienes 50 páginas MundoCervantes
100% Pago seguro | 3 a 5 días
From a master of contemporary fantasy comes the first novel of a landmark series unlike any youve ever read before. With A Game of Thrones, George R. R. Martin has launched a genuine masterpiece, bringing together the best the genre has to offer. Mystery, intrigue, romance, and adventure fill the pages of this magnificent saga, the first volume in an epic series sure to delight fantasy fans everywhere.

A GAME OF THRONES
A SONG OF ICE AND FIRE: BOOK ONE

Long ago, in a time forgotten, a preternatural event threw the seasons out of balance. In a land where summers can last decades and winters a lifetime, trouble is brewing. The cold is returning, and in the frozen wastes to the north of Winterfell, sinister forces are massing beyond the kingdoms protective Wall. To the south, the kings powers are failinghis most trusted adviser dead under mysterious circumstances and his enemies emerging from the shadows of the throne. At the center of the conflict lie the Starks of Winterfell, a family as harsh and unyielding as the frozen land they were born to. Now Lord Eddard Stark is reluctantly summoned to serve as the kings new Hand, an appointment that threatens to sunder not only his family but the kingdom itself.

Sweeping from a harsh land of cold to a summertime kingdom of epicurean plenty, A Game of Thrones tells a tale of lords and ladies, soldiers and sorcerers, assassins and bastards, who come together in a time of grim omens. Here an enigmatic ...