A History of Loneliness 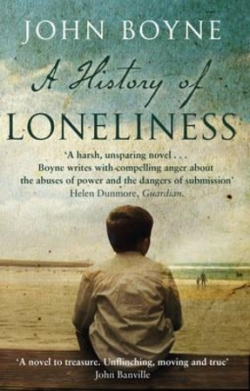 Odran Yates enters Clonliffe Seminary in 1972 after his mother informs him that he has a vocation to the priesthood.
He goes in full of ambition and hope, dedicated to his studies and keen to make friends.
Forty years later, Odrans devotion has been challenged by the revelations that have shattered the Irish peoples faith in the church.
He has seen friends stand trial, colleagues jailed, the lives of young parishioners destroyed and has become nervous of venturing out in public for fear of disapproving stares and insulting remarks.
But when a family tragedy opens wounds from his past, he is forced to confront the demons that have raged within a once respected institution and recognise his own complicity in their propagation.
It has taken John Boyne fifteen years and twelve novels to write about his home country of Ireland but he has done so now in his most powerful novel to date, a novel about blind dogma and moral courage, and about the dark places where the two can meet.
At once courageous and intensely personal, A History of Loneliness confirms Boyne as one of the most searching chroniclers of his generation.
100% Pago seguro | 3 a 5 días
Con esta compra obtienes 20 páginas MundoCervantes
EAN: 9780552778435
Editado por: Corgi books
Materia: Lecturas en inglés
Publicado el: 6 Junio 2020
Nº Edición: 1
Nº páginas: 0
Encuadernación: Rústica
Valoración de los lectores: