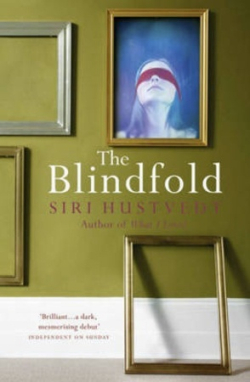 CLICK&COLLECT
Iris Vegan, a young, impoverished graduate student from the Midwest, finds herself entangled with four powerful but threatening characters as she tries to adjust to life in New York City. Mr. Morning, an inscrutable urban recluse, employs Iris to tape-record verbal descriptions of objects that belonged to a murder victim. George, a photographer, takes an eerie portrait of Iris, which then acquires a strange life of its own, appearing and disappearing without warning around the city. After a series of blinding migraines, Iris ends up in a hospital room with Mrs. O., a woman who has lost her mind and memory to a stroke, but who nevertheless retains both the strength and energy to torment her fellow patient. And finally, there is Professor Rose, Iriss teacher and eventually her lover. While working with him on the translation of a German novella called The Brutal Boy, she discovers in its protagonist, Klaus, a vehicle for her own transformation and ventures out into the city again--this time dressed as a man.
100% Pago seguro | 3 a 5 días
Con esta compra obtienes 20 páginas MundoCervantes
EAN: 9780340581230
Editado por: Hodder Arnold
Materia: Lecturas en inglés ,
Publicado el: 22 Mayo 2019
Nº Edición: 1
Nº páginas: 221
Encuadernación: Bolsillo Rústica
Valoración de los lectores: