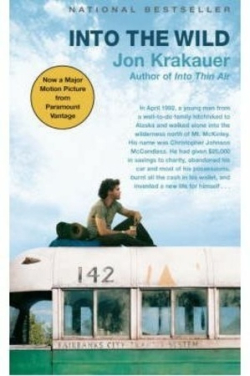 Jon Krakauer's classic account of a gifted young man who chose literally to walk away from his life.
By examining the true story of Chris McCandless, a young man, who in 1992 walked deep into the Alaskan wilderness and whose SOS note and emaciated corpse were found four months later, internationally bestselling author Jon Krakauer explores the obsession which leads some people to explore the outer limits of self, leave civilization behind and seek enlightenment through solitude and contact with nature.
'An astonishingly gifted writer: his account of 'Alex Supertramp' is powerfully dramatic, eliciting sympathy for both the idealistic, anti-consumerist boy - and his parents' Guardian
'A compelling tale of tragic idealism' The Times
100% Pago seguro | 3 a 5 días
Con esta compra obtienes 20 páginas MundoCervantes