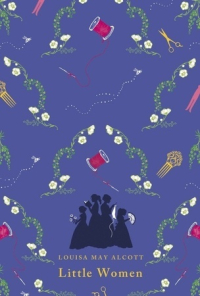 AÑADELO A TUS LIBROS FAVORITOS
Con esta compra obtienes 20 páginas MundoCervantes
Meg - the sweet-tempered one. Jo - the smart one. Beth - the shy one. Amy - the sassy one.

Together they're the March sisters. Their father is away at war and times are difficult, but the bond between the sisters is strong. The family may not have much money, but that doesn't stop them from creating their own fun and forming a secret society. Through sisterly squabbles, happy times and sad, their four lives follow very different paths, and they discover that growing up is sometimes very hard to do...

***PLUS a behind-the-scenes journey, including an author profile, a guide to who's who, activities and more...***

Louisa May Alcott (1832-88) was brought up in Pennsylvania, USA. She turned to writing in order to supplement the family income and had many short stories published in magazines and newspapers.
She was reluctant to write a children's book but then realized that in herself and her three sisters she had the perfect models. The result was Little Women (1868) which became the earliest American to become a classic.