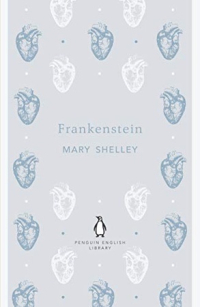 AÑADELO A TUS LIBROS FAVORITOS
Con esta compra obtienes 20 páginas MundoCervantes
100% Pago seguro | 3 a 5 días
Never did I behold a vision so horrible as his face, of such loathsome, yet appalling hideousness' The scientist Victor Frankenstein, obsessed with possessing the secrets of life, creates a new being from the bodies of the dead. But his creature is a twisted, gruesome parody of a man who, rejected for his monstrous appearance, sets out to destroy his maker. Mary Shelley's chilling Gothic tale, conceived after a nightmare in 1816 when she was only eighteen, became a modern myth. It is a disturbing and dramatic exploration of birth and death, creation and destruction, and one of the most iconic horror stories of all time.